The Caribbean is commonly known as one of the best places in the world to go diving, snorkelling and relaxing at one of its many beaches. It’s also a popular stop-off for cruises. Of course, there’s more to the Caribbean than just beaches, beaches and more beaches – head a little further inland and you’ll discover interesting historical cities and mountainous areas with great trekking opportunities. Lots of people come here on package trips but for the independent traveller who likes to explore more, countries like Cuba and the Dominican Republic are big enough to spend weeks travelling around.

If you would like to travel between the islands, one of the great ways to travel around the Caribbean is by ferry or boat. For more information please read the article about Caribbean ferries. Some islands can not be reached by ferry though, but there are quite a few airlines like LIAT which serve many islands in the Caribbean region. 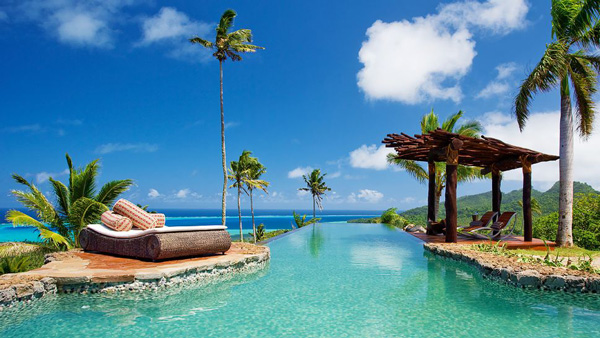 The Lesser Antilles are again subdivided into:

Although compared to most other regions/continents in the world there are almost no real big cities, several are worth a visit of their own, most notably Havana. Others are mentioned because of the fact that they (can) act as a gateway to the Caribbean, more than other places.

Montserrat is not your typical Caribbean destination, but more so for the adventurous types who would like to experience something different. During an eruption of the Soufriere Volcano in 1995 and another one in 1997 almost half of the island was destroyed, including the capital Plymouth.
Trinidad is one of the best preserved historical cities in Cuba.

With beautiful warm water and generally fantastic visibility, Caribbean Scuba Diving and Snorkelling is an experience you don’t want to miss.

Getting There and Around

There are just a few options to get to the Caribbean by ferry, mostly options from either Venezuela or from Florida. By far the best way is to fly in from places in the USA, Canada, Central America, South America or Europe.

Most of the cruises leave from Miami and take around seven to ten days, though there is a large variety of other US ports one can take a cruise from. This popular zone is divided into three areas. First there is the Western Caribbean including Mexico and the Yucatan Peninsula, South Florida and the Keys, Jamaica and Grand Cayman. The islands of the Eastern Caribbean compromise Puerto Rico, Leeward and the Virgin islands. And finally there are the islands in the Southern Caribbean which covers Martinique, Saint Lucia, Dominica and Saint Vincent and the Grenadines also passing by Trinidad and Tobago, Aruba and Curacao. It’s more a relaxed way of getting around if you like spending some time on the islands as well as having everything arranged for you, including transport and full board. You can also travel around yourself on some of the Caribbean Ferries.

Turning this off will opt you out of personalized advertisements delivered from Google on this website.