“Girls shouldn’t have to decide between dresses and dinosaurs or ruffles and robots.” BuzzFeed News spoke to the two parents behind the project.

1. Rebecca Melsky and Eva St Clair knew that their daughters loved “girly” colours, flowers, and rainbows — but that they also loved cars, robots, and dinosaurs. So they faced a problem: No girls’ clothing catered to all of those interests together. 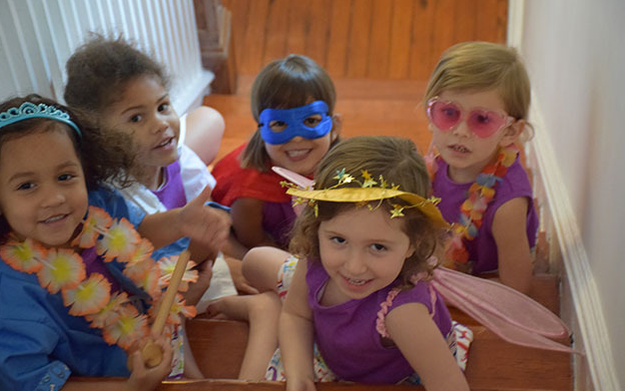 “We’re not sure who decided that girls have to choose between spaceships and ribbons, sparkles and science,” Melsky said. “But if you’ve ever tried to buy those little girls’ clothes that are pink and have dinosaurs, or are sparkly and have pirates, or even just a dress with a robot on it, then you know it’s pretty much impossible.”

3. That’s when the two parents decided to design their own dresses with motifs traditionally found exclusively on boys’ clothes.

4. Their clothing line is called Princess Awesome and features colourful dresses with designs such as dinosaurs, maths symbols, pirates, classic art, and ninjas. 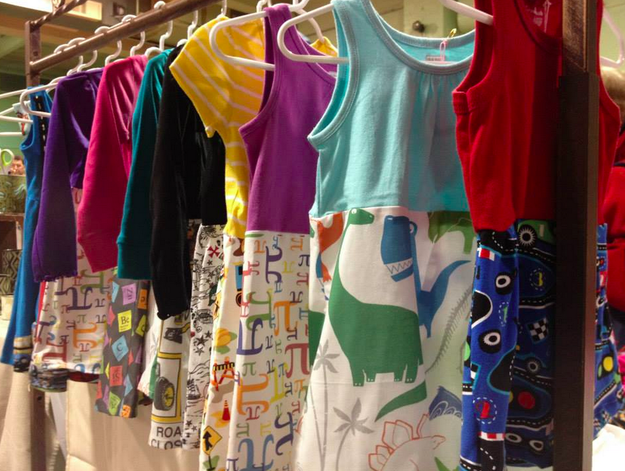 5. The designs are perhaps in part inspired by the two parents’ own backgrounds. 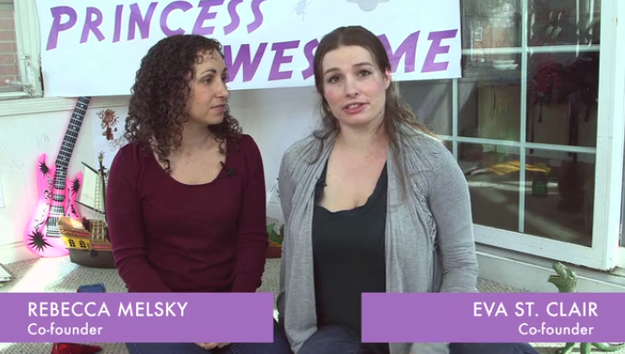 Melsky, who is currently based in DC, has been teaching for the last 10 years.

7. Speaking to BuzzFeed News, Melsky said she first noticed the lack of options for young girls’ clothing when her daughter was 2 years old. 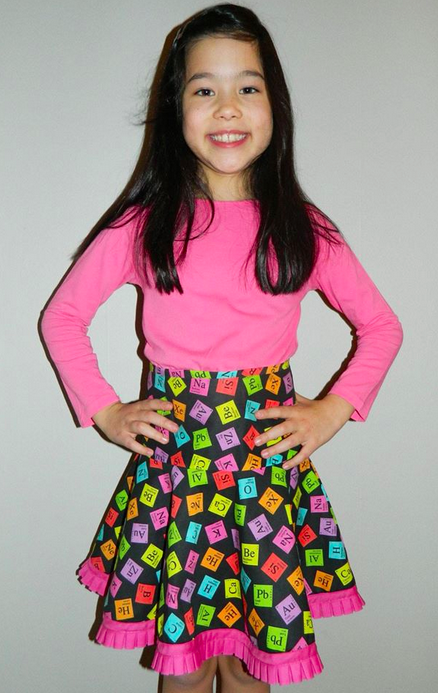 “My daughter has insisted on wearing dresses every day,” she said. “We can occasionally get her in a skirt, but really she just wants dresses, especially twirly â€˜beautiful’ ones.”

Melsky added that when she bought her daughter pyjamas, she got them from both the girls’ and boys’ aisle.

“When she was just under three,” she said, “I was out shopping for pyjamas for her and thought, â€˜Wouldn’t it be great if there was a dress with a spaceship on it? Or a truck? Or a robot? Because she would totally wear that.'” 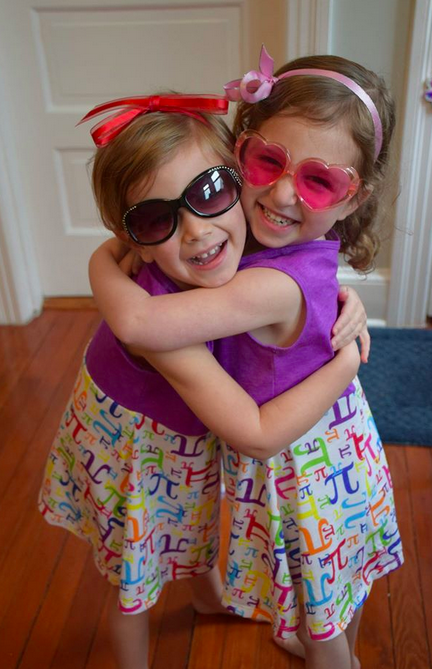 10. When they set out to crowdfund for their clothing line, it proved a huge hit with parents: The project was funded in just four days. 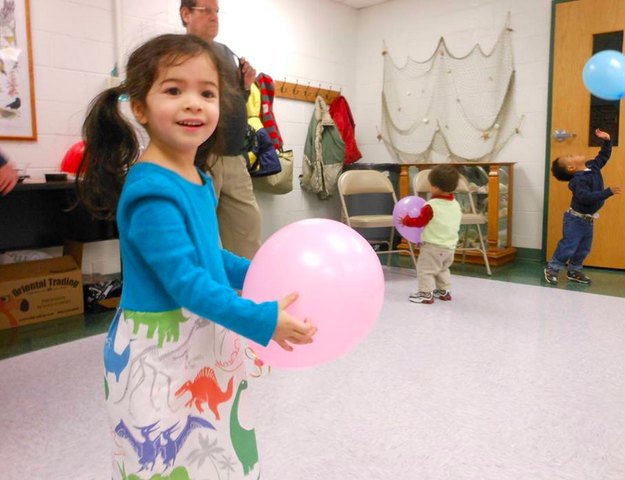 The Kickstarter page launched on 3 February with a target of $35,000. It has gone on to become one of the most successful children’s clothing projects in the crowd-funding site’s history.

12. On the page, they featured some of their designs that will be used in production. 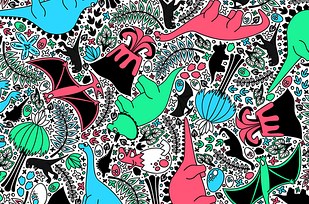 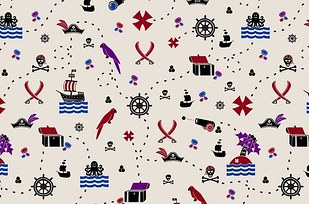 13. Their most popular style of play dress is this Pi dress.

14. Melsky said supporters have told them that they believe the clothing line filled a significant, important gap in the girls’ clothing marketplace.

Ever since we began working on Princess Awesome in May 2013, almost every single person we’ve mentioned the idea to has said some version of, “That’s great idea! I can’t believe that doesn’t exist already.”

Parents want to be able to encourage their daughter’s love of dinosaurs without having to go to the boys’ section of the clothing store. Parents want their girls to know that they can be “girly” and like a whole host of topics — because those topics don’t have genders.